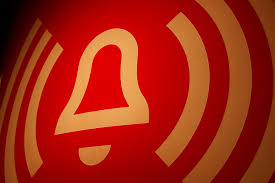 Have you ever ignored an alarm? Your morning wake up? A fire alarm going off for what you think is no reason? What happens when that alarm is attached to life supporting medical equipment such as a ventilator or a bed alarm used to alert nurses that a senior is up without assistance? “Research has demonstrated that 72% to 99% of clinical alarms are false”. https://www.mcknights.com/news/alarm-fatigue-cited-as-reason-for-resident-death

The number of these false alarms has led to “alarm fatigue”, which occurs when clinical staff members are exposed to an excessive amount of alarms and as a result they ignore them .
According to Linda Bell, MSN, RN, clinical practice specialist with the Association of Critical-Care Nurses (AACN), “Not every alarm that sounds is important or actionable. It’s important that we figure out how to limit the number and frequency of alarms. Then, when a piece of equipment does alarm, we will know it is important and actionable.”

The fact is alarm fatigue can lead to death. In 2015, in a nursing home in New York, there was a resident on a ventilator who was found dead by staff members 9 minutes after her alarm was sounded. This case went to court and, according to the prosecution, the RNs and aides heard the alarm but chose to wait 9 minutes before going to victim’s room. While the jury acquitted the staff of negligently causing the death of the resident, the fact remains that when this alarm was not acted upon a life was lost. https://www.newsday.com/long-island/crime/nassau-nursing-home-death-1.20933242 and https://www.newsday.com/long-island/nassau/nassau-nursing-home-death-1.21991447  This case has made it apparent that “Alarm Fatigue” is a real concern in all nursing homes today.

As I have found in nearly every case I have handled, this comes down to staffing- having properly trained nursing staff and enough staff to care for the residents.

If you believe that Alarm Fatigue led to the death or catastrophic injury of your loved one or you suspect nursing home abuse or neglect, call the Nancy C. Iler Law Firm at 216-696-5700.