Too often, the news reports sickening, heart-breaking nursing home abuse and assault stories here in Ohio. In March 2022, a former nursing assistant was arrested for alleged sexual abuse of elderly dementia residents at the Inn at University Village in Massillon, Ohio. In April 2022, a nurse’s aide at the Ohio Veteran’s Home in Sandusky was accused of sexually assaulting a resident and taking sexually explicit photos of others. It is hard to imagine how such horrible acts can happen to defenseless and vulnerable people, but they do. News articles like these are hard to read but it is crucial to be aware of the realities of life in a nursing home, stay vigilant, and take action when necessary.

When we choose a nursing home for a loved one, we never expect that they will be physically or sexually violated in their new homes by predators who live and work among them. Tragically, assault is not all that uncommon. In my practice, I have seen an increase of physical and sexual nursing home assaults, both from staff and other residents.

As an Ohio nursing home abuse lawyer, I work to hold nursing homes and assisted living facilities fully accountable for what takes place by their hands or under their watch. I fight on behalf of victims and families and demand answers and justice. After 30 years of representing nursing home assault and injury victims and the families who have lost a loved one due to nursing home abuse, neglect, and negligence, I know that the only way that nursing homes will change their practices is through the legal process and being made to pay for their wrongdoings. 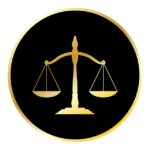 What is Nursing Home Abuse?

There are many types of conduct that can be classified as abuse in a nursing home or long-term care facility and it is important to be able to recognize them.

Seniors and the disabled may be subjected to a wide array of tragic abuse in long term care. Per the National Center on Elder Abuse (NCEA), nearly one in two older adults with cognitive impairment experiences abuse. The true number of nursing home assaults can never be known, as many victims are unable to communicate about the attack due to cognitive issues, such as dementia or Alzheimer’s. So, statistics are just the tip of the iceberg, with the true number of assaults and abuse being much higher.

Perhaps the most alarming data comes from the Journal of the American Medical Association, which states that “elders who experienced abuse, even modest abuse, had a 300% higher risk of death when compared to those who had not been abused.”

There are many signs that should alert you to nursing home abuse and assault, including:

Don’t just pay attention to your loved one, but to staff behavior as well. Look out for staff who stall you when you are trying to visit, hang around your loved one’s room when you are visiting, or refuse to answer routine questions. These could be signs of a problem that warrants your attention.

Many nursing home assaults are committed by staff members. While the reasons for every assault may differ, the following are many of the factors that lead to assault:

Many nursing home residents have mobility issues and need significant help from staff as they are repositioned, bathed, or moved from a bed into a wheelchair. This may be cumbersome to staff members, who can easily lose their patience and lash out at residents.

Additionally, many residents also suffer from cognitive issues, including dementia and Alzheimer’s. Because of these conditions, these residents may in turn lash out at staff, or otherwise be verbally abusive. Nursing home staff must be trained to understand that some residents cannot control their actions, and to have the temperament not to assault a resident who may be exhibiting such behaviors. It is important to note that it is never appropriate for a staff member to abuse a resident, regardless of their behavior.

Just as nursing homes must protect residents from staff, they must also protect residents from a sexual or physical assault perpetrated by another resident. Nursing home staff should recognize if a resident seems “over-sexualized” towards others in general or towards a specific resident. In these circumstances, staff should take adequate precautions to ensure that a sexual assault does not occur.

Is a Nursing Home Responsible for Assault or Abuse by Another Resident? Do You Have a Case?

In many cases, yes.

Nursing homes have a duty to keep all residents safe. With the cognitive issues noted above, some residents may have violent tendencies. One resident may believe that a particular other resident is “out to get them” based upon a delusion; if this is known, then the violent resident must not be allowed near the potential victim. Other residents may have general violent tendencies toward everyone, or may simply act out in a way that potentially is harmful for anyone around them.

In any case, staff must ensure that those who may be violent are closely watched and not placed into a situation in which they could assault another resident. When nursing homes fail to protect residents from a violent resident, resulting in injury or death, the facility may be found liable.

In my work suing Ohio nursing homes for abuse and assaults, my mission is to force the nursing homes to do better, hire better quality staff suited to work with the elderly, and train their staff to evaluate residents for aggressive behavior before it becomes an assault incident.

Nursing Home Demand is Increasing, so Vigilance and Accountability is More Important than Ever

The aging of the baby boom generation could result in a more than 50% increase in the number of Americans ages 65 and old requiring nursing care by 2030. Further driving elder care demand is “a steep rise in the number of Americans living with Alzheimer’s disease, which could more than double by 2050 to 13.8 million, from 5.8 million [in 2019],” per the Population Reference Bureau. With this explosive increase in the need for nursing home and assisted living facilities, it will be more important than ever to stay vigilant and keep facilities accountable.

What Should You Do if You Suspect Nursing Home Abuse or Assault in Ohio?

If you suspect that your loved one is not receiving the proper care, you must act quickly. First, contact an administrator and report the problem. Then, consider contacting an Ohio nursing home abuse and neglect attorney. Even if the facility management or administration agrees to follow up and get back to you, being in contact with an attorney can also be helpful to protect your loved one’s rights.

As an attorney for Ohio nursing home abuse, I can provide direction in terms of other action that should be promptly taken, which may include contacting the police, documenting your loved one’s injuries and the circumstances surrounding their harm, and filing a complaint with the Ohio Department of Health. There is no charge or obligation for contacting me.

Nursing home abuse and assault is not only wrong, but it’s also a crime. I can help you understand your options – not only to report the assault, but also how to hold the nursing home liable on behalf of your loved one.

I will be happy to speak to you for no charge. I can be reached at 216.696.5700. If you choose to retain me, there is no fee for my services unless and until compensation is recovered, as I accept nursing home abuse and assault cases on a contingency fee basis.