Should Families Rely on Ratings from CMS Nursing Home Compare? 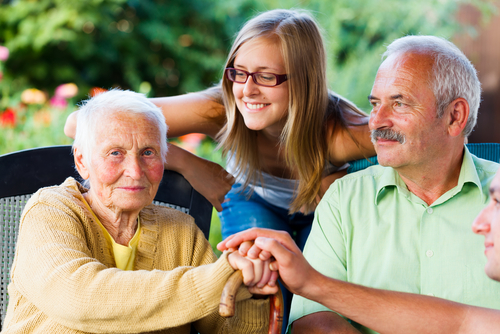 System set up for families to compare nursing homes

In 2008 the federal government’s Centers for Medicare and Medicaid Services (CMS) set up a new website called Nursing Home Compare. It lists every nursing home in the country that accepts federal money and tracks various criteria so that families can compare nursing homes. The website evaluates nursing homes on a five-star rating system based on three criteria:

The goal was to provide an apples-to-apples comparison of the 15,000 nursing homes in the country. This website provided families with some concrete information. But how reliable is that information?

Looking behind the ratings for nursing home resident abuse

What is being measured — and, more importantly, who is measuring it? Is the fox guarding the henhouse?

It has been no secret that these CMS ratings, in particular for staffing and quality, are based solely on information submitted by the nursing home. That means we have to rely on the nursing home to submit data without any checks on the accuracy of such information.

A few months ago the New York Times investigated that issue and found some disturbing information. Some nursing homes received four or five stars, yet they had been fined by the government for nursing home resident abuse and neglect (Medicare Star Ratings Allowing Nursing Homes to Game the System, August 2014). The Times research found that even nursing homes with a history of poor care rate highly in the areas that are based on self-reported data.

The facts uncovered by the Times investigation threaten the very purpose of this consumer tool. The problems with relying on nursing homes to provide data that will be used to rank them to consumers have caught the attention of CMS. In October 2014 the federal government announced substantial changes to CMS’s rating system.

What are the new changes?

CMS has recognized the inherent conflict of a ratings system that relies on data submitted by the nursing home itself without oversight or verification. So in a bold move, the federal government announced changes that just began last month (Medicare Revises Nursing Home Rating System, October 2014). The changes are a step toward more independent and verifiable data.

A significant change will affect the staffing rating: CMS will require nursing homes to submit payroll information to verify staffing data. CMS is also expanding the quality indicators to include information on staff turnover (high staff turnover adversely affects care) and percentage of residents on antipsychotic medications (such drugs may be overly prescribed).

Where do families look for accurate information?

The CMS Nursing Home Compare site is still an important source of information when deciding what facility is best for your family member — as long as you know its limitations. And in a rare example of efficiency, the government is working to improve this resource. But when doing your homework, remember that nothing beats visiting the homes you’re considering. Go often, at different times, and unannounced.